To celebrate our launch into Whole Foods Market, we’ve teamed up with foodies from all across the country to create dishes inspired by the cities they live in. Next up is our friend @honeysuckle who has created incredible LA Korean Street Tacos. This version of a bulgogi kimchi taco has Daring pieces coated in a silky, delicious soy glaze with a crunchy, spicy kimchi slaw–the perfect snack for a day in LA. 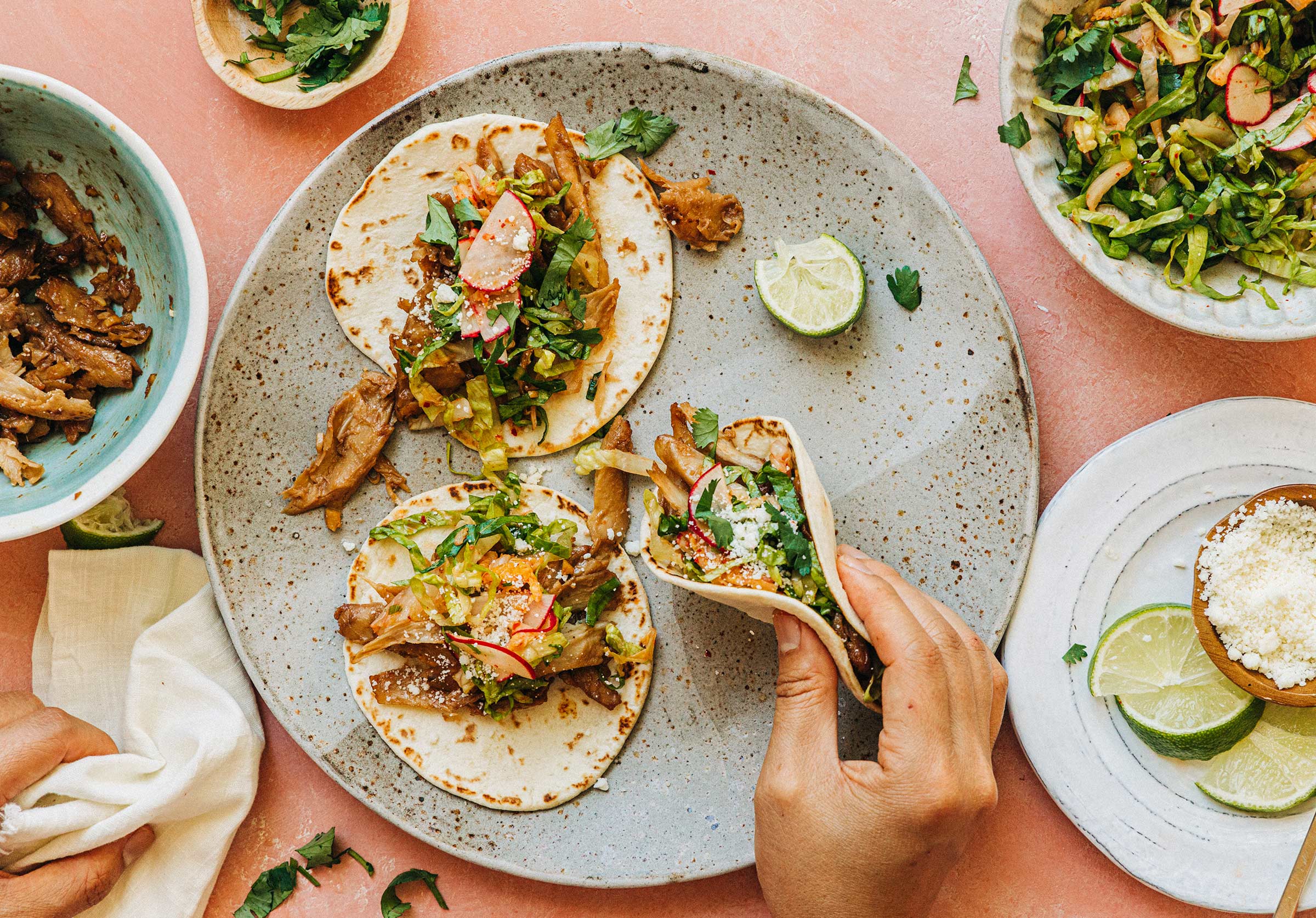 A note from @honeysuckle

LA is known for its melting pot of cultures, where people come to express their love for the arts, entertainment, and of course, food. It’s a place where chefs innovate and create a mixture of flavors. So of course this recipe pays homage to one of my local heroes, who started the food truck revolution in the 2000’s with his famous taco truck that infuses LA’s most popular flavors: Korean and Mexican. My recipe below is a simplified version of the “chicken” bulgogi kimchi taco, using Daring Original Pieces coated in a silky delicious soy-based glaze. It’s then shredded and placed on a small tortilla, topped with a crunchy and slightly spicy kimchi slaw that simply ties everything together.

In a frying pan on medium to high heat, add oil and add the whole package of Daring Original Pieces. Cook on each side for about 6-8 minutes or until golden brown. Turn off the heat then add the bulgogi sauce and let it thicken up for 2 minutes and fully coat the Daring Pieces. Once the Daring “chicken” pieces have fully cooked, shred them up.

To make the kimchi slaw, add the kimchi, lettuce, radish, green onions, and cilantro to a bowl. 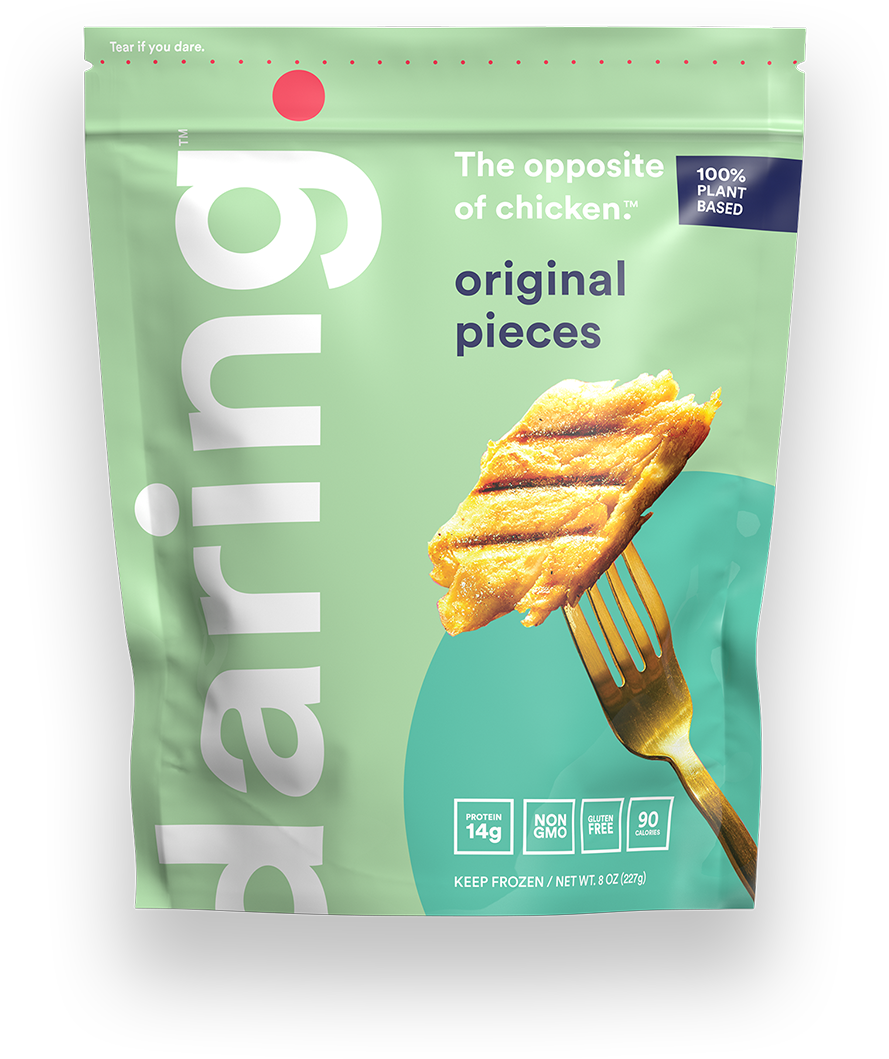