Contrary to popular belief, nachos can be dinner. Starring spicy Daring Cajun Pieces, these 20-minute nachos are as easy as 1) pile, 2) broil, 3) devour—and with a single skillet to clean up. Your future self will be forever in your debt.

Contrary to popular belief, nachos can be dinner. Starring spicy Daring Cajun Pieces, these 20-minute nachos are as easy as 1) pile, 2) broil, 3) devour—and with a single skillet to clean up. Your future self will be forever in your debt. 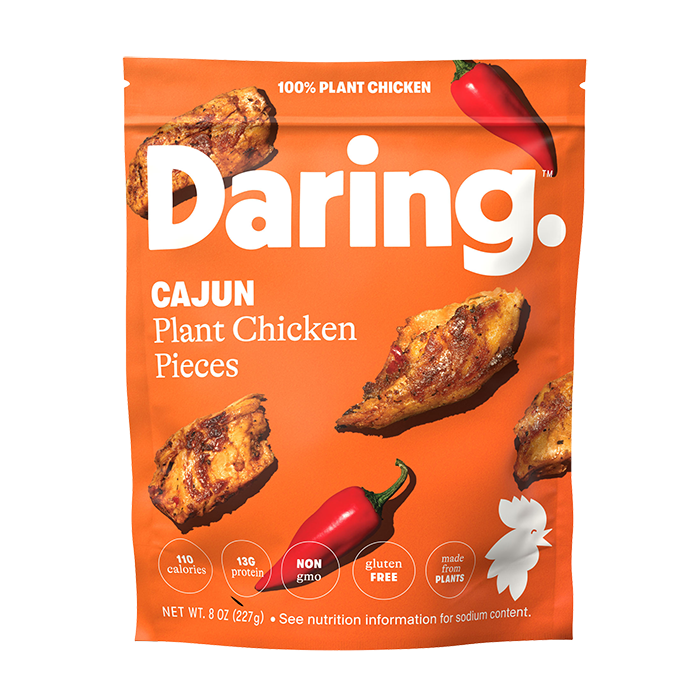 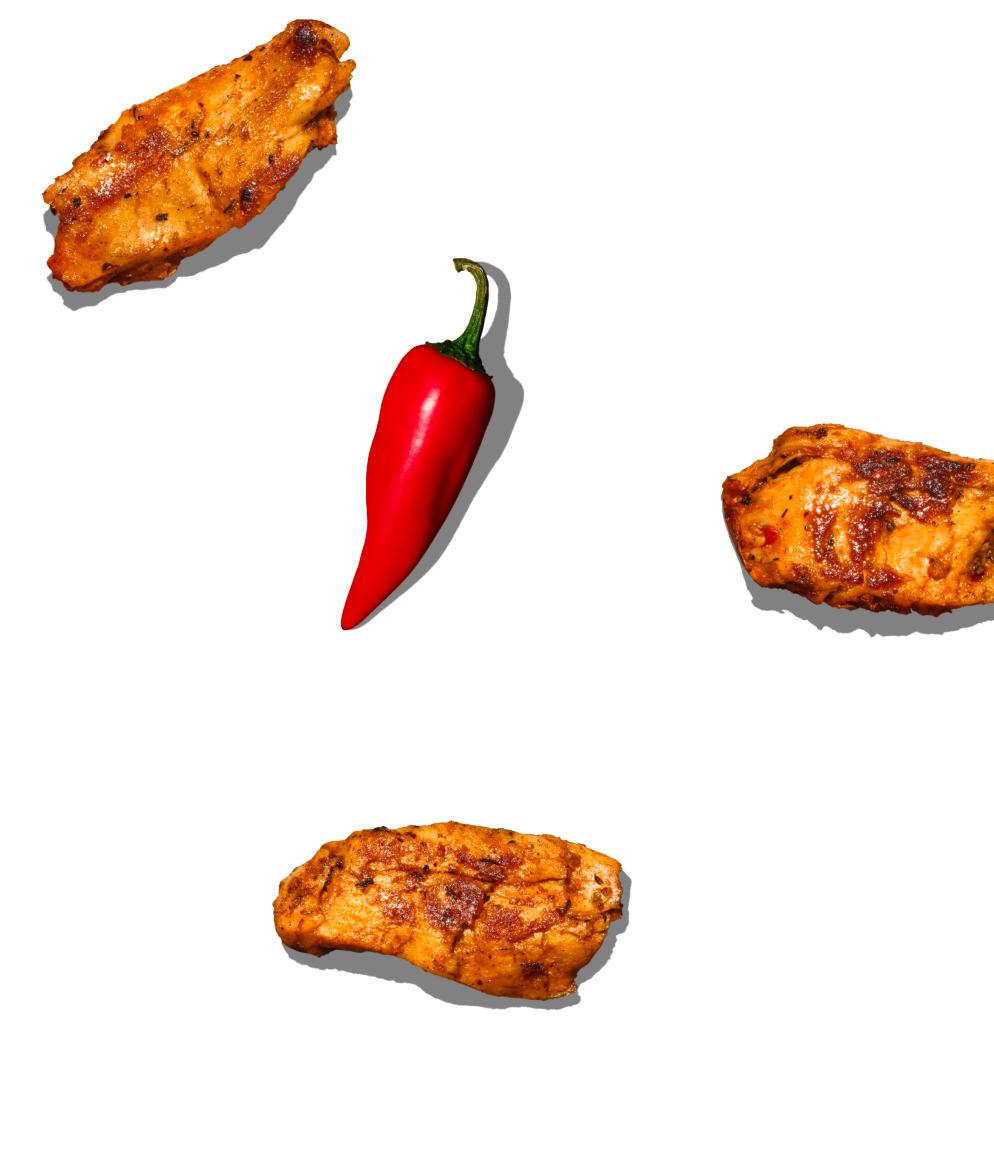 Place a 10” cast iron or oven-safe skillet over medium-high heat. When hot, add the vegetable oil and swirl to coat the skillet evenly. Sear the Daring Pieces for 5 to 6 minutes on each side, or until golden brown and warmed all the way through. Remove to a clean plate and wipe out any excess oil, leaving a thin coat all over to prevent any nachos from sticking.

While the Daring Pieces cook, prepare your toppings. Juice 1/2 of the lime into a small bowl, add the minced red onion along with a generous pinch of salt, stir and reserve. Spoon the chopped scallion and jalapeño on top of a cutting board. Using a knife, carefully scrape one side of it against the veggies to create a jalapeño-scallion relish and reserve in a small bowl. You can also combine them in a mortar and pestle if you prefer.

When the Daring Pieces are cooked, preheat your broiler on high. To assemble the nachos, layer tortilla chips with shredded vegan cheese inside the oiled skillet for maximum cheesiness. Top with the seared Daring and black beans, and evenly dot the top with the jalapeño-scallion relish. Broil for 4 to 5 minutes, or until the cheese is completely melted and the edges of the chips are beginning to brown. Remove from the broiler and allow to cool slightly.

While the nachos broil, prepare your crema (if using). In the bowl of a food processor or blender, combine the silken tofu, lime juice, chile powder, water and a large pinch of salt. Blend until creamy and smooth, around 30 to 60 seconds.

To garnish your nachos, drizzle with crema and sprinkle with thinly sliced radish and your herb garnish of choice. Serve alongside salsa and lime wedges for squeezing, if desired. If you eat directly out of the skillet, we won’t judge you—just be careful to avoid burning yourself.

This recipe is easily doubled (or tripled!) to serve as many people as you’d like. Instead of broiling the nachos in the skillet, assemble them on a large sheet pan.

Other things to try with DARING.